Recognition of the epilepsies as a group of rare diseases with known aetiologies give us insight as to the underlying mechanisms involved in seizure generation, and further comorbidities such as cognitive, physical, emotional and behavioural capacities. The correct and timely diagnosis of rare forms of epilepsy is crucial for a tailored, successful treatment. For example in structural epilepsies such as subtle focal cortical dysplasias (code 269001), accurate diagnosis often requires advanced neuroimaging techniques (link to WP3) and intracranial EEG recordings (WP4), but may allow neurosurgical resection which ultimately cures the patients of epilepsy (WP8). Tuberous sclerosis (code 805) is a genetically caused structural epilepsy (WP2, 3) that can be treated surgically in some cases, but with an understanding of the gene pathway also allows the exploration of novel treatment strategies such as MToR inhibitors such as everolimus which may even, if applied in the early course of the disease, prevent the onset or at least worsening of the epilepsy. In genetically caused epilepsies, clarification of the aetiology can have an important impact on treatment strategies. For example in Dravet syndrome caused by mutations in voltage-dependent sodium channels (code 33069), the administration of sodium channel blockers may worsen seizures, and in mitochondriopathies (code 2598), the application of the anticonvulsant drug valproic acid can induce lethal liver failure. Immune-mediated epilepsies (codes 420789, 217253, 1929) require additional immunosuppressive therapies. The prognosis of some of these rare neuroinflammatory diseases appear to depend on the presence of specific antibodies in the blood or cerebrospinal fluid (WP2), but the best treatment option is currently unclear because of the rarity and lack of controlled clinical studies (WP V). All such diseases are rare and require a network multidisciplinary approach to reveal outcomes from targeted therapies. 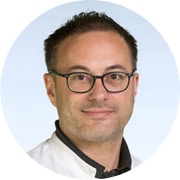