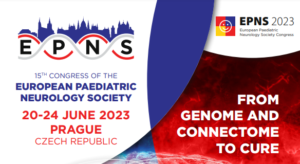 “Drug-resistant epilepsy in the 21st century: From molecular mechanisms to precision therapies”  will take place on Tuesday, 20 June 2023 in Prague, Czech Republic.

This exciting and unique one-day meeting will introduce and discuss in detail all the major developments including current clinical indications for Drug-resistant epilepsy in the 21st century. A broad faculty of international experts will bring you up-to-date with the history, practice and future developments in the rapidly developing field of drug-resistant epilepsy.

The concept of drug-resistant epilepsy is in motion. What started as a simple definition of medically intractable seizure disorder has morphed into a mosaic of conditions with various ages at onset, clinical presentations, genetic etiologies and increasingly of therapeutic options.

Drug-resistant epilepsy is no more a single disorder but a multitude thereof. The originally clear-cut boundaries between “genetic” and “structural” epilepsy dissolve and re-organize themselves around specific genes and genetic variants that participate in the formation of structural and functional abnormalities of brain cortex.

The medical team members of the European Reference Network EpiCARE, in collaboration with patient advocates, develop and deliver highly-specialized diagnostics and care to improve interventions and outcome in individuals with rare and complex epilepsies.

The ERN EpiCARE was created in 2017 and is co-funded by the European Union.

This website uses cookies to improve your experience while you navigate through the website. Out of these, the cookies that are categorized as necessary are stored on your browser as they are essential for the working of basic functionalities of the website. We also use third-party cookies that help us analyze and understand how you use this website. These cookies will be stored in your browser only with your consent. You also have the option to opt-out of these cookies. But opting out of some of these cookies may affect your browsing experience.
Necessary Always Enabled
Necessary cookies are absolutely essential for the website to function properly. These cookies ensure basic functionalities and security features of the website, anonymously.
Functional
Functional cookies help to perform certain functionalities like sharing the content of the website on social media platforms, collect feedbacks, and other third-party features.
Performance
Performance cookies are used to understand and analyze the key performance indexes of the website which helps in delivering a better user experience for the visitors.
Analytics
Analytical cookies are used to understand how visitors interact with the website. These cookies help provide information on metrics the number of visitors, bounce rate, traffic source, etc.
Advertisement
Advertisement cookies are used to provide visitors with relevant ads and marketing campaigns. These cookies track visitors across websites and collect information to provide customized ads.
Others
Other uncategorized cookies are those that are being analyzed and have not been classified into a category as yet.
SAVE & ACCEPT
Powered by